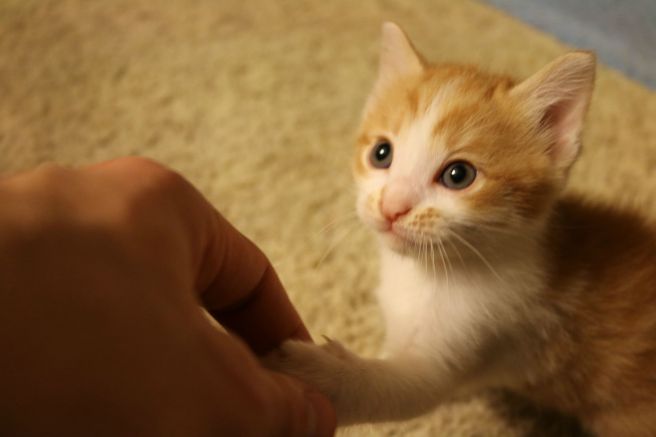 My daughter once came home from school and said to me, “Mummy, I’m hungry…”

I looked at her and I replied, “Nice to meet you, I’m Mummy.”

She smiled, ever so sweetly.

The very next day, she, once again after returning home from school, said to me with a little smile in her eyes, “Mummy… my tummy feels hungry!”

My heart was rendered speechless and it was my turn to smile, ever so sweetly.

How I love her humour and wit – Hasnt’t she been taught rather well? 😉

I seized the opportunity today, to compile several of the signs Judge Rinder learnt – he never ceases to entertain with his sharp wit and humour. 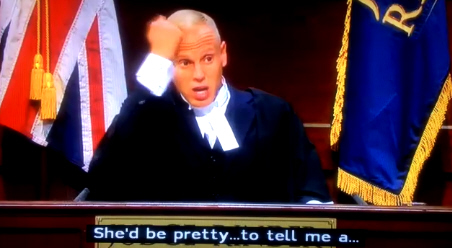 I only wish he learnt the more appropriately used sign for a “Liar” and not the other sign (suggesting cocaine).

How to sign stupid. The same way, but knocking on the head twice for two syllables of the word.

Liar is one finger as in video BUT under the bottom lip or chin, NOT nose.

P.S. My apologies for the doorbell in the beckground – the perfect timing was freaky to say the least!

A barrier my mother faced during one of her many visits to Blenheim Palace… and the banter that ensued.

J – Should there be a sign to say “Warning! Invisible electric fences on the sides” Shocking…

D – Must not forget those wandering sheep…

A – Sheep?! Did not see one single animal there, they had all got out somehow…

G – The fence is a work in progress. Please be patient 🙂

D – One assumed it would be far from the madding crowd…

D – Did you go through the gate?

D – How do you know it wasn’t a portal to a parallel universe? These things are hidden in plain sight you know… (Mwahahahahaaaaah!)

A – We did go through a gate actually, the only one with a fence attached. All the others were portals to whatever it is you are saying so we did not dare… (There was quite a few around)

I love a bit of wit so here are several photos of subtitles which lagged and froze hence the title “Wrong time, Right Place!” 😛

Olay Total Effects is a product aimed at the older generation who desire to have younger looking skin so potentially, mission impossible? 😉

Lidl is a chain of grocery stores much like “Kwik Save“, selling products at what they believe to be rock bottom prices, of which suits some of the poorest families and those on benefits… 😉

“This is a story about four people named; Everybody, Somebody, Anybody and Nobody.

There was an important job to be done and Everybody was sure that Somebody would do it. Anybody could have done it but Nobody did it.

Somebody got very angry about that because it was Everybody’s job.

Everybody thought Anybody could do it but Nobody realised that Everybody wouldn’t do it.

It ended up that Everybody blamed Somebody when Nobody did what Anybody could have done.”

I went for one of my usual long walks along the River Thames one day, spotted this van and relatively posted this photo on Facebook, the puns that ensued was inevitable;

If you feel like a fish out of water, then the fish medic is the thing for you.

I’d like a wormy, fungus infected, flea bitten salmon to jump right in there…

Plenty more fish in the sea.

How do they call for their own medic?

You can Twitter a VAN? What does it say? “My oil is killing me?”

I was mullet whether it was a load of pollacks. I’ll stop carp-ing about and go back to my plaice.

No need to carp…. Admit it, you’re having a whale of a time by the Thames!

It’s fintastic that they have their own doc.

For when you’re feeling green around the gills!!!

Something fishy is going on here.

Without the photo evidence, I would have found the whole thing a bit… fishy!

SJ mischievously posed this question to the Tree House dwellers to gauge what kind of reaction it would receive and in true Tree House spirit, the wit and banter came alive once more.

Afoot is for finding Lego in the dark.

It’s on the end of aleg.

About 12 inches in old money.

Get ahead! Be a lert!

Come, Watson, the game is afoot…!