I am inclined to do a cull shortly, for I do not wish to see posts on any of my social media feeds which are extremely racially divisive and breeds further hatred, nor do I enjoy seeing and knowing that some of these people are blindly supporting and sharing posts of that nature, JUST because they are “friend(s)” with the original poster – without thinking or questioning first, themselves or the poster’s true intentions.

I enjoy respectful healthy debates but when you see a post that tries to suggest white people are uneducated, for whatever they may choose to think ie “All lives matter” etc or for choosing to be silent… To be against ALL racism… That’s each and every one’s right, to think for themselves but to see someone turn and abuse that right by trying to make us all out as “uneducated whites”. is RACIST in itself.

It is rather hypocritical for someone to expect those who are trying to be more conscious of other unlawful killings (regardless of race, colour or creed) since no or not enough noise is being made on their behalf, who’s trying to be more mindful, inclusive and fair, only to be faced with a condition, to conform under pressure to a particular stance, one that might feel and appear divisive… When that someone or group doing the pressuring, could introspect. reflect and compromise also?

“Together we stand, divided we fall”

Unity against ALL racism is the way forwards. Not one way, or the high way.

So to read “uneducated whites” (by Ashton Jean Pierre) was the last straw, especially by a member (same person!) of the deaf community and worse still, seeing other, potentially influential, members of the same community, supporting. accepting and even sharing that notion. Most people I know have chosen to let it go.

Seeing a degree of manipulation being applied to suit – in all senses, is saddening. Whether they realise it, or not. For potentially. not conforming to them or their way of thinking, behaving.

No one has the right to dictate, you, your way of thinking, beliefs, your conscience, your life.

Those who know me well, will know that I am not afraid to use my voice, or to use my right to keep my space neutral, peaceful and free of hatred. As one possibly can.

Quality rather than quantity. 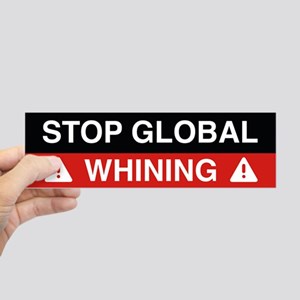 There was a time when I was an admin for a pro BSL social media group, this group was known to the MP’s at Westminster as where the moaners and groaners go, its members sharing their experiences, barriers faced within the deaf community, for example, no interpreter being provided and so on. Quite rightly so. Their shared experiences was being gathered as evidence for a BSL Act campaign. I enjoyed being an admin for this particular group at the time because it helped empower those to start standing up and asking for their rights. Myself included.

During the current Coronavirus pandemic, the deaf community has once again started another (#whereistheinterpreter) campaign, pointing out the “lack” of an interpreter, but demanding one is *physically* in the same room as the Prime Minister or a couple of their advisors whenever a news broadcast or briefing is made. It is somehow no longer enough to have an in-vision interpreter provided… Therefore one was and is still being provided, regardless of who is paying their wages or contracting them to provide this accessible and inclusive service. The Government replied to the campaign by suggesting it was and is due to social distancing. Based on this, Wales, Scotland and other countries are apparently therefore endangering the interpreter who is in the same enclosed room as their VIP’s? Open to interpretation, whichever way one wishes to look at it.

Except now, there are those from the hearing world who are moaning about the in-vision interpreter getting into the way of any visual charts on the news etc etc. This is nothing new by the way. Even subtitles / captions get in the way on the news and other films, programmes being broadcast.

Except now, once again, there are deaf people moaning about the hearing people, moaning… Even lowering themselves to that level and recruiting others to contribute. Is that not bullying? A mob culture? It is.

Whereas before, it would have all blown over, been tolerated by the majority and hey, tomorrow’s a new day.

It is extremely easy during uncertain times like the present, to permit ourselves, regardless of whether we happen to be deaf or hearing, to get carried away with our frustrations, focusing on and displacing negative energy,, somehow following the (m)asses once again.

Stop letting any toxic divisions get in the way, creating higher barriers for both or either worlds to break down. Surely, people have better things to do than witness moaning in any sense or contribute to it?

I have decided to seize the day in order to try to end the on-going issues from last week’s chain of events. It is time for everyone else to put it to bed and move on. Respect all around x

Last week was a bad week for me and I’m sure it was the same for other people too.

Because people criticised my choice of what to do. Last week, people didn’t respect the various communication needs and differences.

Last week, people attacked me because people made videos which were divisive, not only one but two, three, four and so on. Through all of them, people criticised.

I feel nervous making videos because never make but last summer I did make videos for one person but that person hurt me a lot. I didn’t feel I could make videos so stopped.

Last week I talked with one person by making videos again. Why? Because I wanted to sort out the problems and I don’t want bad feelings between us. We corresponded by sending video messages – all sorted out. Not easy.

Same other people when I sign I feel concerned about being criticised but now I don’t care because I will do what I feel is right, what is inclusive of all.

You see last week, what happened? This was out of our control. The BBC decided to make this video of which I did not know there would be other speakers too, I didn’t know but I was happy to see their video showed speakers to show the variety in the end. But when they did the interview, I didn’t know.

The first interview, I tried to sign and speak which no one knows about. People still criticised me. Not my problem but yours. The second interview, I felt like speaking because it was easier (to a hearing person) quicker so we could all leave. Also because the other people that was there all signed. I felt I wanted to show equality as there was signers but no speakers so I braved it and tried my best to speak, the interpreter present knows this and he stayed just in case I changed my mind and wanted to sign instead. I come from deaf parents and my first language is sign of which I know is not perfect but still I braved it.

When I see people using sign language, I feel others should try to sign, add subtitles so those wont be left out. When I see orals or typers I feel like I want to show sign so all is included.

Our Tree House, if people want to put BSL videos on – welcome. I will volunteer to transcribe and I have done so in the past to make sure everyone is included.

This morning I woke up and saw numerous videos on FB with sign language in. It was good and nice to see but still it means I have mixed feelings. Why? Because only signers will understand and the speakers who write cant understand. I feel like I am being torn, can’t win, always stuck in the middle, hurt because want to see everyone being equals. Don’t want signers to be left out, speakers to be left out.

The Tree House is about equality, showing respect no matter what your communication needs are. At the same time, while its good to see signing more in videos but on the other hand it is appeasing the bsl using community to make them feel better because we know they feel “Where is sign language?! “We have to hold onto it!” worrying it will cease. Don’t worry, wont cease.

Last week, people spat their dummies, behaving as if everything had to be done “my (their) way!, me me me me” Not everything is about you, have other people with different communication needs, difference schools of thoughts, need to remain calm and not spit their dummy, behave like a baby, throwing toys out of their prams.

Then what happened? People made videos of which some points were not true which is why I stood up for myself (as I was there!) because I am a big believer in the truth, I don’t like lies. Last week, people who made videos, I tried to tell them they were wrong and it was misleading. (People were jumping to conclusions based on assumptions) should have said what was right and I tried to explain. What happened? Their friends blamed me.

People sent me messages which were not very nice, people oppressed me, dictated to me as well as to other people. Hold on, don’t forget, I am from deaf family and I do sign. If you want to judge me, you’re wrong to do so.

This is another form of bullying. If it continues, I will take action.

Sorry about my signing, I feel nervous because I don’t like videos. I worry that people will download them and edit accordingly to portray those as a bad person. This is another reason why I don’t make videos, we have to be careful, for safe guarding.

I hope everyone will carry on respecting the different communication needs and not only sign language or only speakers. There are people who are in the middle. Need to open, have an open mind as well as respecting. We can’t do “My way, me me me” all the time – it won’t work. People (outsiders) will view us and think we are childish.

Just imagine last week, if hearing people saw what happened – they would think “My god! So that’s what the deaf community is like?!”

My conscience is clear, I tried my best, if people want to criticise and bully me – not my problem.

While im signing in this video, I feel mixed up because I know some of my friends wont understand so I have to transcribe also. It’s only fair.

Facebook is only for quick posts, not for life stories or continuous videos, Just quickly contact because it is visual. That’s it. It is not a replacement for life (in general).

Nervous. Thank you for watching and hope you understand me well.

I am only telling it like it is as honesty is the best policy – life is too short yet please spare a moment to remember how to prioritise, triviality versus Apartheid? No contest.

Update: Here is another version of last week’s chain of events by Paul titled “Who really cares?”