Black lives have never not mattered. I’m extremely conscious of the diversity within my own family and where I live, it’s all very cosmopolitan so naturally,, each and every one matters, it’s in no way selfish or an excuse at all. I should not have to explain any one of my family’s DNA make up or family history, to anyone either.

How about some more consideration for those who were unlawfully killed by other races instead of tarring one with the same brush and turning a blind eye as and when / where you please. Any unlawful killing is not the first time nor will it be the last.

It is not down to skin colour but love and hatred at the root of it all. Hatred is taught and to fight hatred with hatred isn’t going to get anyone, anywhere.

I see people lowering themselves to the bully’s level and encouraging others to support them / becoming bullies themselves…. is that not a mob culture?

To be more inclusive, the message, particularly the wording, by anyone protesting should say “Against all racism” be it black, Arab, Indian, Rohingya people. There should be no racism against any one race or colour they happen to be. We should ALL unite against racism.

After I posted the above onto my social media account, a “friend” commented and as a result of their approach, I have since lost a “friend” to hatred. No great loss to me since it is all about the survival of the fittest. First photo shows their comment and my response to them from my initial post and the second is from a post on their own profile after they commented on my initial post, to try and expose me to their own pack of wolves but of course, I wasn’t having any of that sort of control and manipulation.

Racism and hatred is once again, learnt and taught. 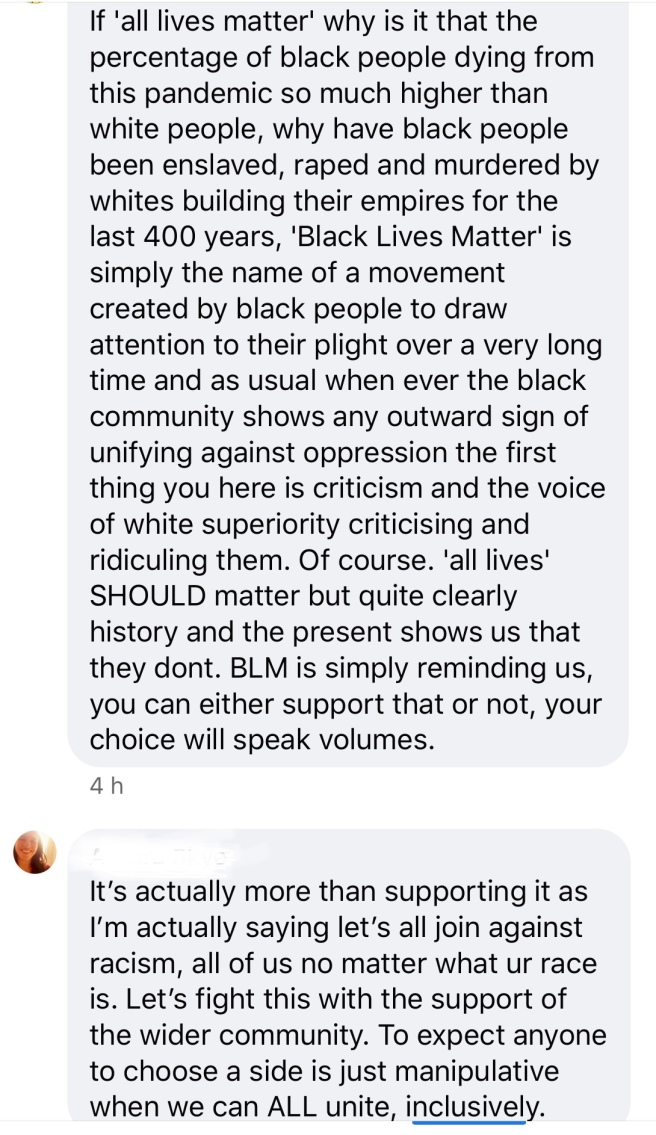 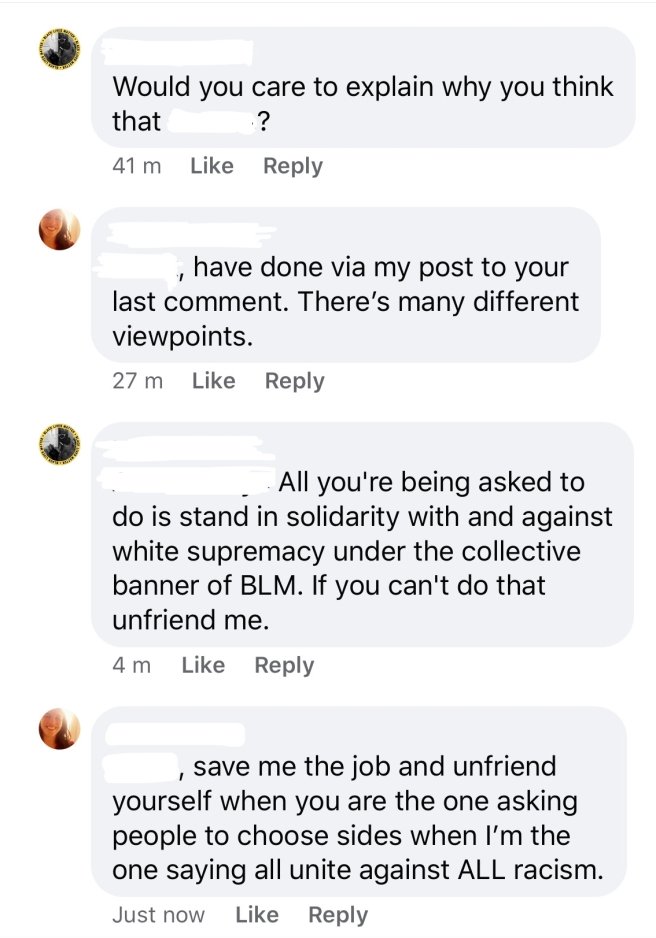 Malcom X realised the errors of his ways and became a much better person for it, please do watch his ’letter from Hajj.’

It is only recently the media has been applying the word terrorism to a white racist but for many years, the Muslims have been discriminated against.

The EDL was attacking Muslims and the government stood by and watched, the BNP had a seat in the parliament. it was never a black issue, no one demonstrated over it, people accepted these things to happen, this is one of the reasons behind all lives matter. if we speak as one against all injustices the more likely we will root out the disease .

Let’s not turn black against white and white against black, sadly we see the bigots and the criminal elements hijacking what genuine people are trying to achieve.

I admire the black woman who stopped some demonstrators attacking the Police.

An eye for an eye makes all blind.