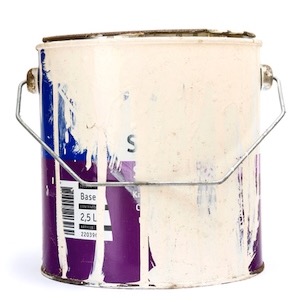 During the summer while we were on the bus in London, a passenger got quite angry with the bus driver because he was carrying a rather large can of paint and the bus driver was trying to inform him, he wasn’t allowed to bring the container onto the bus.

The passenger also mentioned in his response that he’d never been told before he couldn’t carry paint onto public transport.

To everyone else, it was a bit weird at the time but today’s terrorist attack in Parson’s Green proves the bus driver’s point….

I think Transport For London staff are on guard but the public don’t know enough, to help them and the police keep watch.

Seriously, God help those that tries to hurt my angels and their friends whilst we are travelling to and from school via the public transport system during rush hours.

Terrorists, please – piss off. You will never prevail.

My thoughts and nerves are with those affected by today’s turn of events at Parson’s Green.