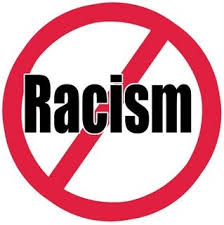 I was sent this petition to sign and so I am sharing it with you too. Despicable indeed. Please sign and share their petition, as quoted below. Thank you.
A woman has been arrested since then.

We came across a video on Facebook and were heavily distraught by the aggressive verbal attack on a London bus with no one putting a stop to it. The outrageous things that were coming out of this woman’s mouth really shocked us.

There are two things that NEED to be resolved. First and foremost this woman needs to be found by the police and dealt with appropriately for her disgusting behaviour. Secondly, these kinds of incidents should have severe consequences.

These horrible attacks regularly occur on buses/trains/trams/bustops and something NEEDS to be put in place to bring an end. There are many videos that have been shared previously however this most recent incident highlights the brutality of such attacks. The following are some of the main highlights.

1) The vile aggressor was not only being racist by calling fellow passengers “sand rats” and telling them to “go back to your f*****g country” but being extremely islamophobic by calling the ladies “ISIS b****s”, asking whether they shared husbands, referring to Islamic terms such as “haram” and calling it all “dirty”.

2) The lady attacking was making endless threats including one repulsive threat of kicking the lady who was pregnant in her stomach.

3) The attacker had a young child with her which should bring into question her competency as a mother and whether or not she should even be allowed to look after a child that young with her vicious points of view!!!

3) The bus driver did try to calm the situation down. However, he was talking to the bus collectively when the lady was the main problem maker. Furthermore this video was 5 minutes. That is a very long time to either call the police, calm the situation down in a much more assertive way or quite simply, chuck that lady out of the bus. This is an issue that needs to be resolved by TFL.

4) Children were present whilst this whole attack was taking place, including children who’s parents were being attacked. Under no circumstances should any child have to go through hearing such vulgar language.

5) Everyone pays the same amount of money to get on the bus and should not have to go through that during a journey to their destination.

This is such a big issue that occurs in public. We need as many signatures as possible for there to be a solution. The police need to find this woman as she and others like her need to be held to account!!!!!

TFL should have procedures put into place to deal with such incidents. As they serve the public they need to have an ethos amongst staff to protect victims of hate crime.