Around the same time as reporting some of the unsavoury behaviour by “others”, “friends” (from the same circle) took it upon themselves to involve my daughter by deciding that we were no longer welcome as part of an organised group outing, an event via the Tree House – that we could not watch “Peter Pan” by Chickenshed, with them when I had already paid for our tickets. 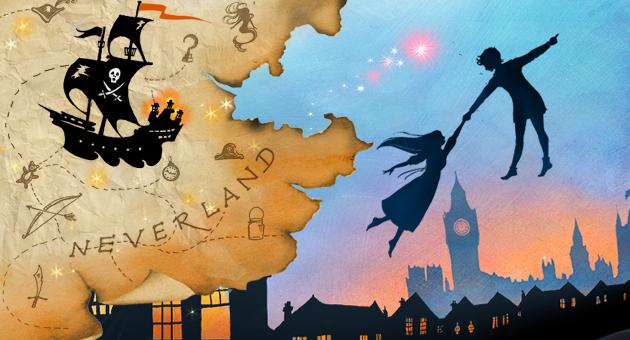 The point at the time was that two of these “friends” who are well-known to Chickenshed therefore they were bringing Chickenshed into disrepute by deciding themselves that I and my daughter could not come to watch a show by Chickenshed. Lizzie Ward-McLaughlan (also known as Elizabeth Ward) and her husband, Daniel Ward-McLaughlan, did not even give me a chance or the choice, to ask whether I wanted the tickets myself to sell on at face value so I could get my money back or if I/we still wanted to go… They simply decided for us and that, we were no longer welcome. Just like that?! All due to their personal bias and manipulation / influence from others – they all, also went around spreading lies to deter people from using the Tree House and to destroy me by defaming my character. 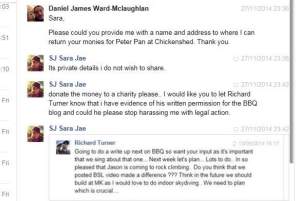 They wanted particular details to send me, my refund but I was suspicious that they would use my private details for other reasons and so I refused to share that and requested the refund be donated to a charity instead with proof of receipt for my records. This made losing the money for the tickets I bought, that bit less painful.

We were all appalled at this form of despicable behaviour and how childish “they” were being. My daughter is only 8 years old at this point in time and she was being so much more mature than they were, despite being let down over an opportunity to watch an inspirational show by inspirational people.

Of course, I decided to report them to Chickenshed because this was wrong and extremely unfair, especially on my daughter who was looking forwards to going out on a wintry night to watch a Christmas pantomime amidst the christmas cheer. Stuff like this, for children, is what memories are made of but then again “they” all didn’t have any children so “they” would never understand the disappointment, responsibilities and priorities I had.

I sent Chickenshed all the hard evidence and correspondence I had experienced, asking Chickenshed to make “them” stop in their tracks and to make them think of the consequences their actions were having, on Chickenshed too.

Chickenshed very kindly took it all on board and offered me two tickets out of goodwill, for another performance instead. Which was very much appreciated at the time and we were extremely grateful for. Result!