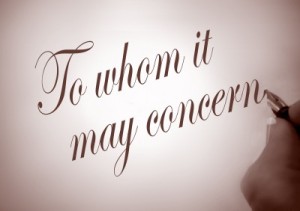 To whom it may concern,

Due to a recent experience at a production, I have decided to try and give people an insight into one’s frustrations with being hearing impaired.

My family sat behind this particular row, of people who were familiar. Throughout the production, they decided to criticise and kept count of the other people talking or for making noises. Little did they know that I could understand everything they were saying about others. They were sat directly in front of me, talking with their heads bobbing which kept meeting, interrupting my view.

There I sat, thinking ‘Hold on, you’re talking about other people talking and you’re shaking your heads in dismay’….. Hmmmm.

By this point I had really managed to remain patient throughout most of the show.

I myself cannot hear to understand a word that is being said although I lip read very well, when I can see one’s mouth.

Enough was enough so I gently tapped one on their arm and kindly said ‘Can you stop talking please?’…..

Of course, she gave the dirtiest look one could and told the person seated next to her what I had said albeit with very negative body language…. This person then decided to sidle over and sit a certain way, blocking my view, totally.

I am not one to play games and my family knew I was extremely frustrated – I was advised to go home so I agreed to remove myself from the situation. This was, probably for the best.

This is only one example of the many, frustrations I experience during my life yet that one experience alone was the very last straw.

I tend not to demand an interpreter at every hospital appointment, GP’s appointment, exhibitions, productions or meetings. Another deaf adult who knows their rights would do all these things, and then some.

There are different levels and quality of education a deaf person receives throughout their school life which is not their fault but the Government’s and the education system. Just as it is their fault for not being deaf aware and/or instilling that awareness into the nation on an equal basis.

People are somewhat shocked when they learn I have deaf parents, my character is akin to that of a hearing person’s even though I can reside within both worlds. Usually, a deaf child from a deaf family is extremely hard work – being quite stubborn and very demanding. This is most probably due to the fact that they can communicate and express themselves freely, visually, within their own ‘deaf world’ whereas in the ‘hearing world’ some may not be as able to do so.

I find being in both the “hearing world” and “deaf world” it is restrictive and isolating. What with all the communication barriers I face on a daily basis. Hearing people will also feel the same level of isolation and restriction due to their own circumstances. For example a foreigner travelling and/or residing in a foreign land will be able to relate to me on quite a similar level yet they can overcome this barrier by learning the language. So perhaps our physical attributes has no relevance to the isolation but it certainly does contribute.

Some of the most common dismissive terms a deaf person will be told are “Never mind”. “I’ll tell you later”, “It doesn’t matter”, “It’s not important” and “Don’t worry”.

I encounter people giving me rude looks almost every day because they do not realise I have a hearing impairment. It is sometimes considered a hidden disability because we appear to be fine.

They stand behind me in the street, the bus, the supermarket, high street shops, asking or making comments to me yet they do not understand why I do not turn to acknowledge them. By the reaction of some people, they make judgements about me (as being rude or impolite) before knowing the truth only correcting themselves after seeing the hearing aids or being informed of my dilemma by present company.

My whole life as a hearing impaired person is one big frustration, but, I still have to live with it and get on with it the best I can.

I do not quite know how I can help the public more in raising deaf awareness. It is just, there are and will be adults who are uncomfortable around deaf people due to their fear of the unknown. Yet, there are also adults who will use it as an excuse, or an advantage, to ‘rub it in’. They understand enough to do so. I ‘see’ more than I want to sometimes. I see so much negativity, prejudice and ignorance that it disheartens me. But….. C’est la vie.

It is such a shame that one can assume another is ignorant, when it is actually their own ignorance that is impairing their judgement and character. Another word for this could be deemed as ‘discrimination’, depending on the environment. It only goes to show their true colours.

These days due to the shocking lack of deaf awareness and ignorance within society, I keep being reminded of a story told to me by a teacher of mine. As a young girl she saw something on the news… Guards at a border somewhere in a foreign land, was calling a man – from behind. But he kept on walking… The guards obviously made assumptions and made the quick decision to shoot him in the back. For fear that he was ignoring them in order to carry out terrorist acts. He died. The guards found out afterwards that he was actually deaf…. This affected her enough to become a teacher, for the deaf. And I am honoured to have been taught by her – Thank you. I sincerely hope this open letter of mine, will help you to remember one day, to consider that the person in front of you may have a hearing or sight impairment. No one is perfect.

Where might one ask these days, can you see respect and good manners? On that note, thank you very much, for your time and patience. May one’s frustrations be another person’s education.

A member of the public. (SJ)